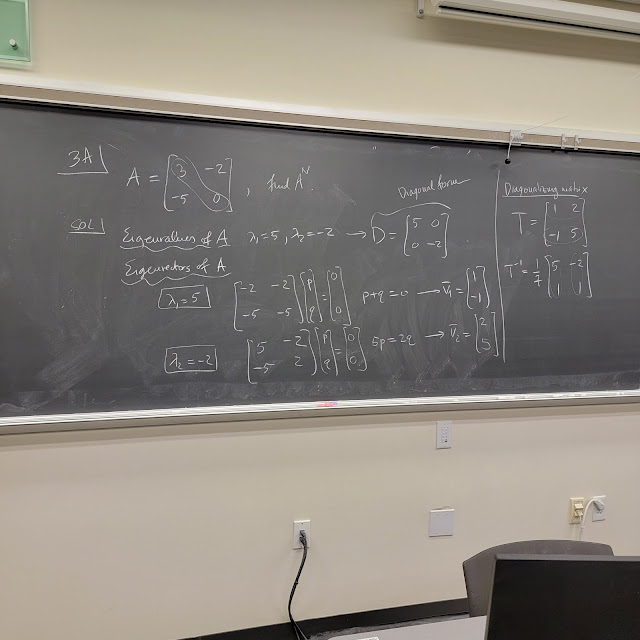 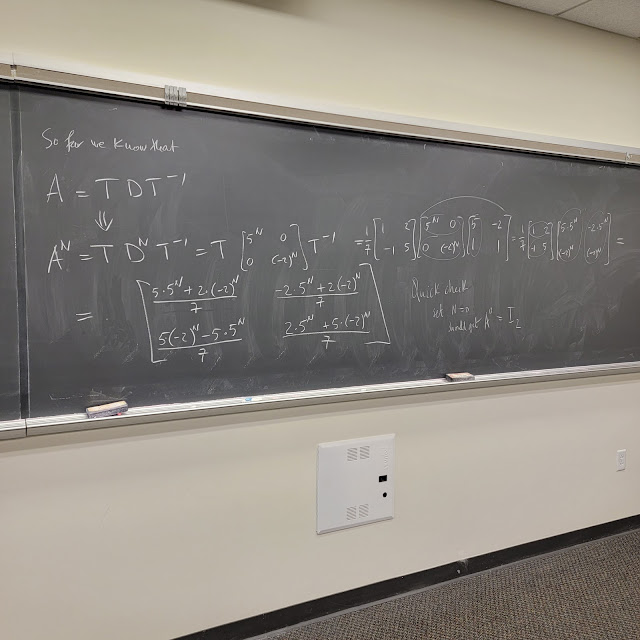 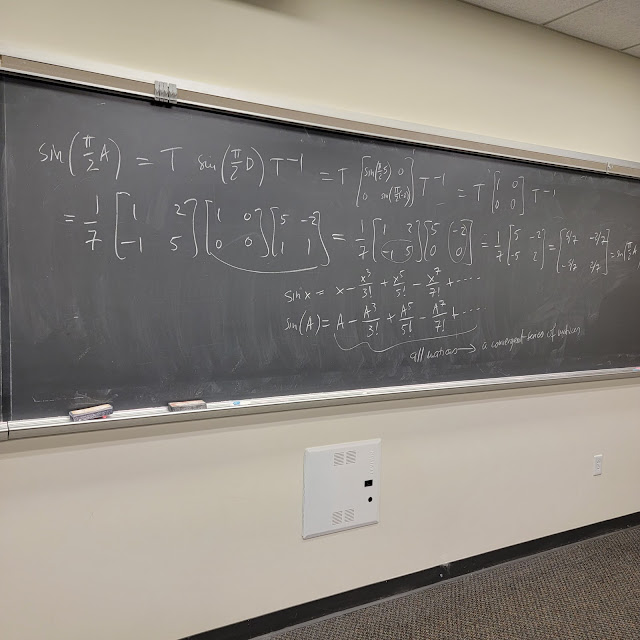 Undergraduate Research Colloquium 2022 - the posters of my students 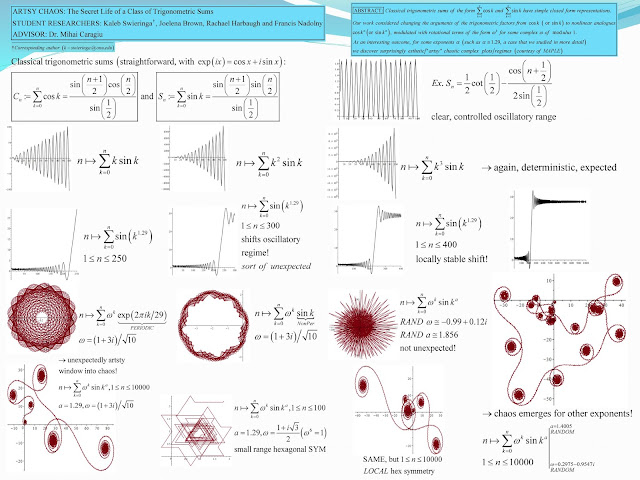 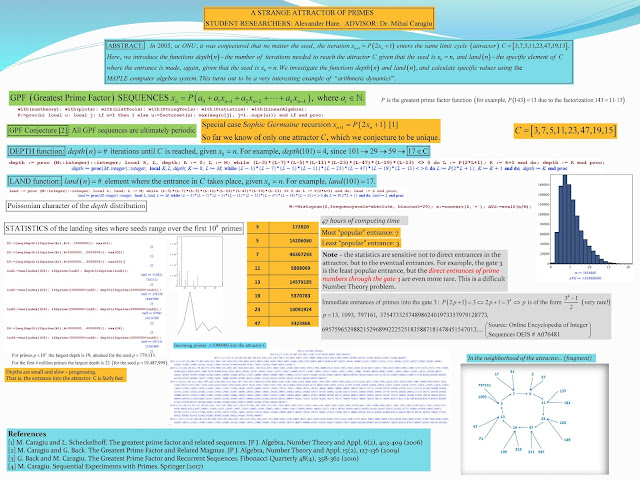 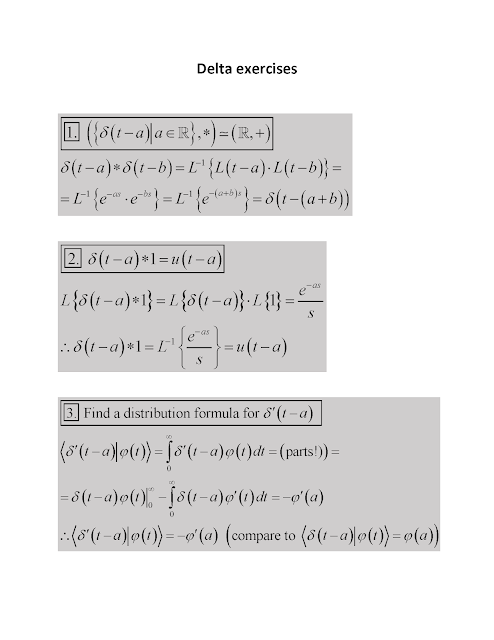 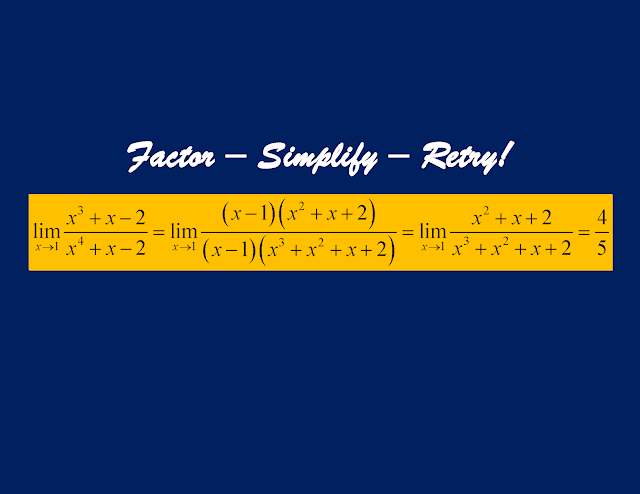 A nice application of Calculus 2

Take 2 random numbers X and Y between 0 and 1. What's the probability that the integer nearest to X/Y is even?

Prove that said probability is (5-Pi)/4.

In my classes I often try to communicate the specific sense of wonder arising from mathematical experimentation, to the benefit of undergraduates. Here "phi" represents the Euler's totient function, in a serendipitous trigonometric (albeit nonlinear) mix. 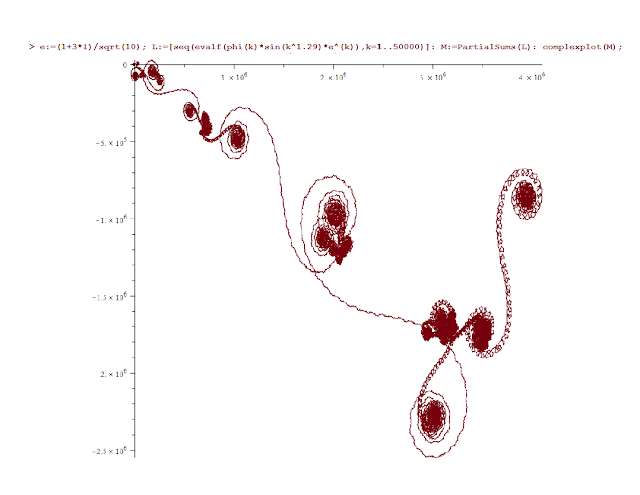 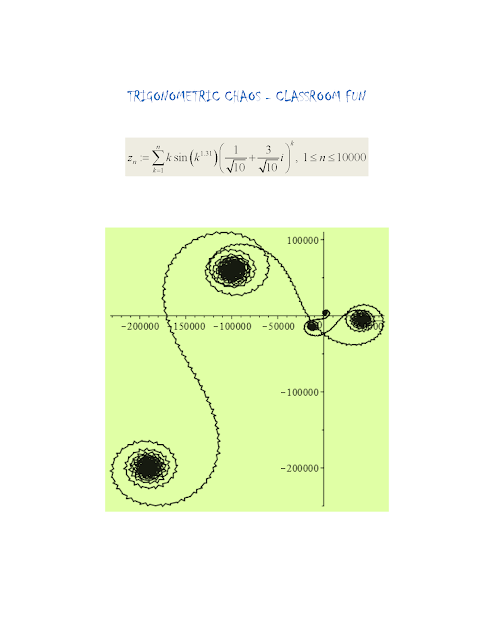 That's from our Math computer lab Mathile 208 (I love that classroom!) 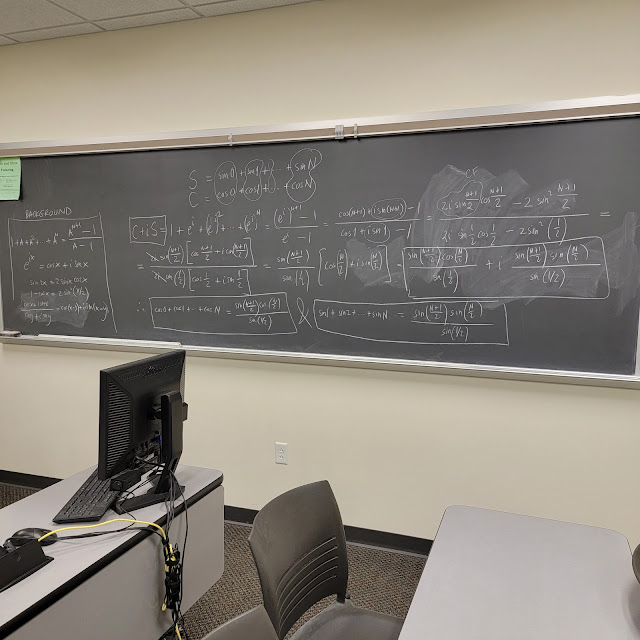 What is chaos? A complex systems scientist explains

Chaos evokes images of the dinosaurs running wild in Jurassic Park, or my friend’s toddler ravaging the living room.

In a chaotic world, you never know what to expect. Stuff is happening all the time, driven by any kind of random impulse.

But chaos has a deeper meaning in connection to physics and climate science, related to how certain systems – like the weather or the behavior of a toddler – are fundamentally unpredictable.

Scientists define chaos as the amplified effects of tiny changes in the present moment that lead to long-term unpredictability. Picture two almost identical storylines. In one version, two people bump into each other in a train station; but in the other, the train arrives 10 seconds earlier and the meeting never happens. From then on, the two plot lines might be totally different.

Usually those little details don’t matter, but sometimes tiny differences have consequences that keep compounding. And that compounding is what leads to chaos.

A shocking series of discoveries in the 1960s and ‘70s showed just how easy it is to create chaos. Nothing could be more predictable than the swinging pendulum of a grandfather clock. But if you separate a pendulum halfway down by adding another axle, the swinging becomes wildly unpredictable.

Chaos is different from random

As a complex systems scientist, I think a lot about what is random.

What’s the difference between a pack of cards and the weather?

You can’t predict your next poker hand – if you could, they’d throw you out of the casino – whereas you can probably guess tomorrow’s weather. But what about the weather two weeks from now? Or a year from now?

Randomness, like cards or dice, is unpredictable because we just don’t have the right information. Chaos is somewhere between random and predictable. A hallmark of chaotic systems is predictability in the short term that breaks down quickly over time, as in river rapids or ecosystems.

Isaac Newton envisioned physics as a set of rules governing a clockwork universe – rules that, once set in motion, would lead to a predetermined outcome. But chaos theory proves that even the strictest rules and nearly perfect information can lead to unpredictable outcomes.

This realization has practical applications for deciding what kinds of things are predictable at all. Chaos is why no weather app can tell you the weather two weeks from now – it’s just impossible to know.

On the other hand, broader predictions can still be possible. We can’t forecast the weather a year from now, but we still know what the weather is like this time of year. That’s how climate can be predictable even when the weather isn’t. Theories of chaos and randomness help scientists sort out which kinds of predictions make sense and which don’t.

Read other short accessible explanations of newsworthy subjects written by academics in their areas of expertise for The Conversation U.S. here.

This article is republished from The Conversation under a Creative Commons license. Read the original article.

Paul Baum: What is K-theory and what is it good for?

A great floor equation by Ramanujan

The Friendship Paradox - or "my friends have more friends than me"...

Charles W. Trigg - Geometric Proof of a Result of Lehmer's 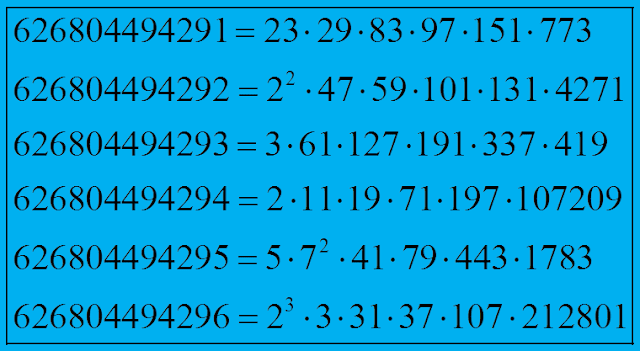 This course of 25 lectures, filmed at Cornell University in Spring 2014, is intended for newcomers to nonlinear dynamics and chaos. It closely follows Prof. Strogatz's book, "Nonlinear Dynamics and Chaos: With Applications to Physics, Biology, Chemistry, and Engineering."

Sequential Experiments with Primes is among the 100 Best Number Theory Books of All Time @ https://bookauthority.org/books/best-number-theory-books at #60 (Thank you! :-))

I believe the attractiveness of the book lies not only on the novelty of certain ideas, but also in the style in which said novelty is attained. It's a sort of "jazz" with numbers (unfolding as a sustained creative piece not unlike the free development of a jazz gig).  A jazz with no particular rigid/studied reverence to other established theoretical approaches. Just free self-sustained jazz discovering new facts. In its way, it's structured as a sort of "dessins d'enfants" leading to a different look on the mystery of prime numbers.

"A powerful technique called SAT solving could work on the notorious Collatz conjecture. But it’s a long shot."

Francis Su: How does mathematics contribute to human flourishing?

“Those of us who do math for a living actually are drawn to math often because of this exploratory nature, and we love the creativity,” Su said. “The argument that I make is that these virtues carry over to other areas of your life.”

Read Francis Su: How does mathematics contribute to human flourishing?

New paper on the friendship paradox

The friendship paradox in real and model networks

“I work on things nobody cares about, and I’m quite happy that way.” - L. Mahadevan

Evolution of a random graph (a toy model) 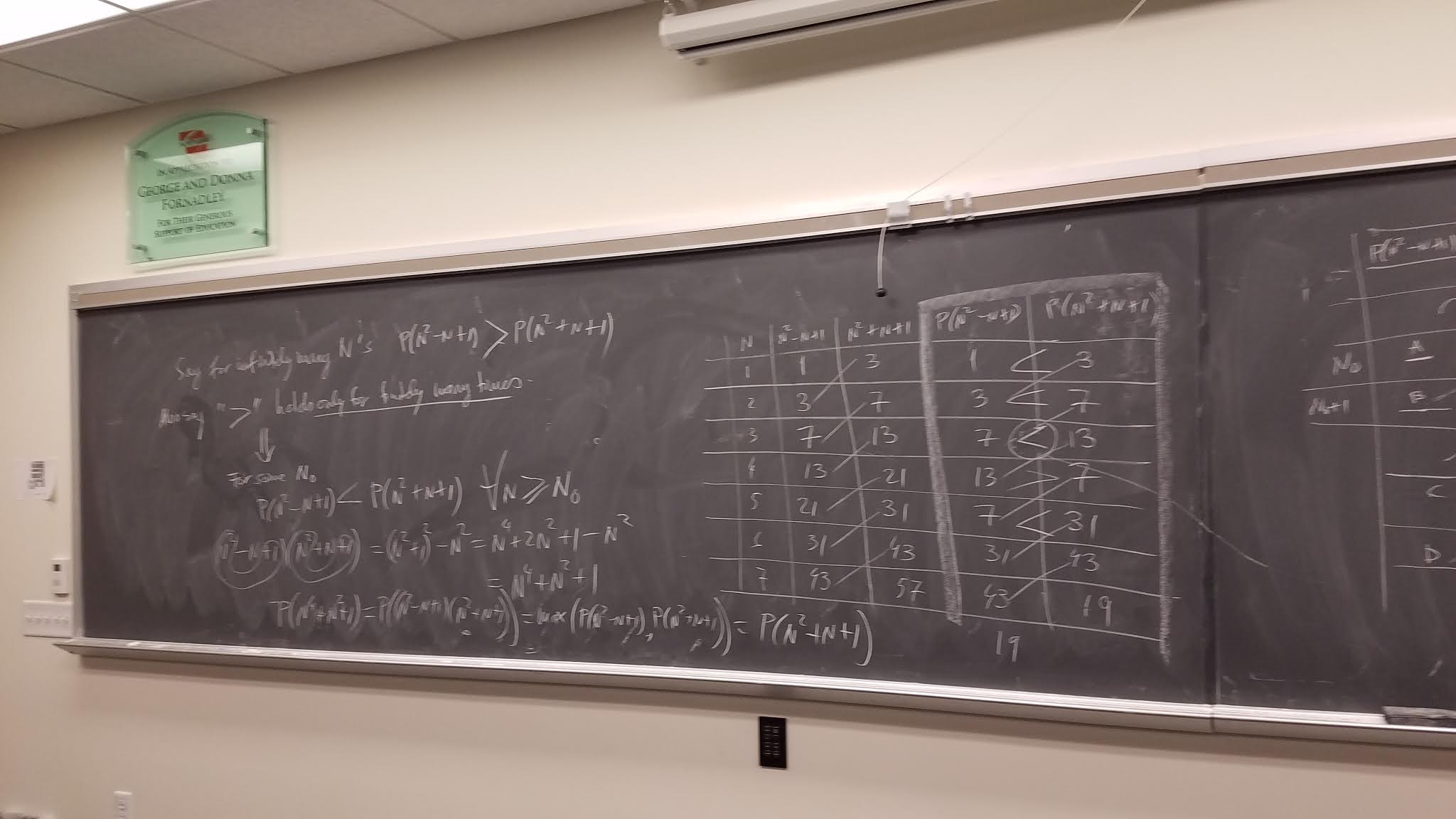 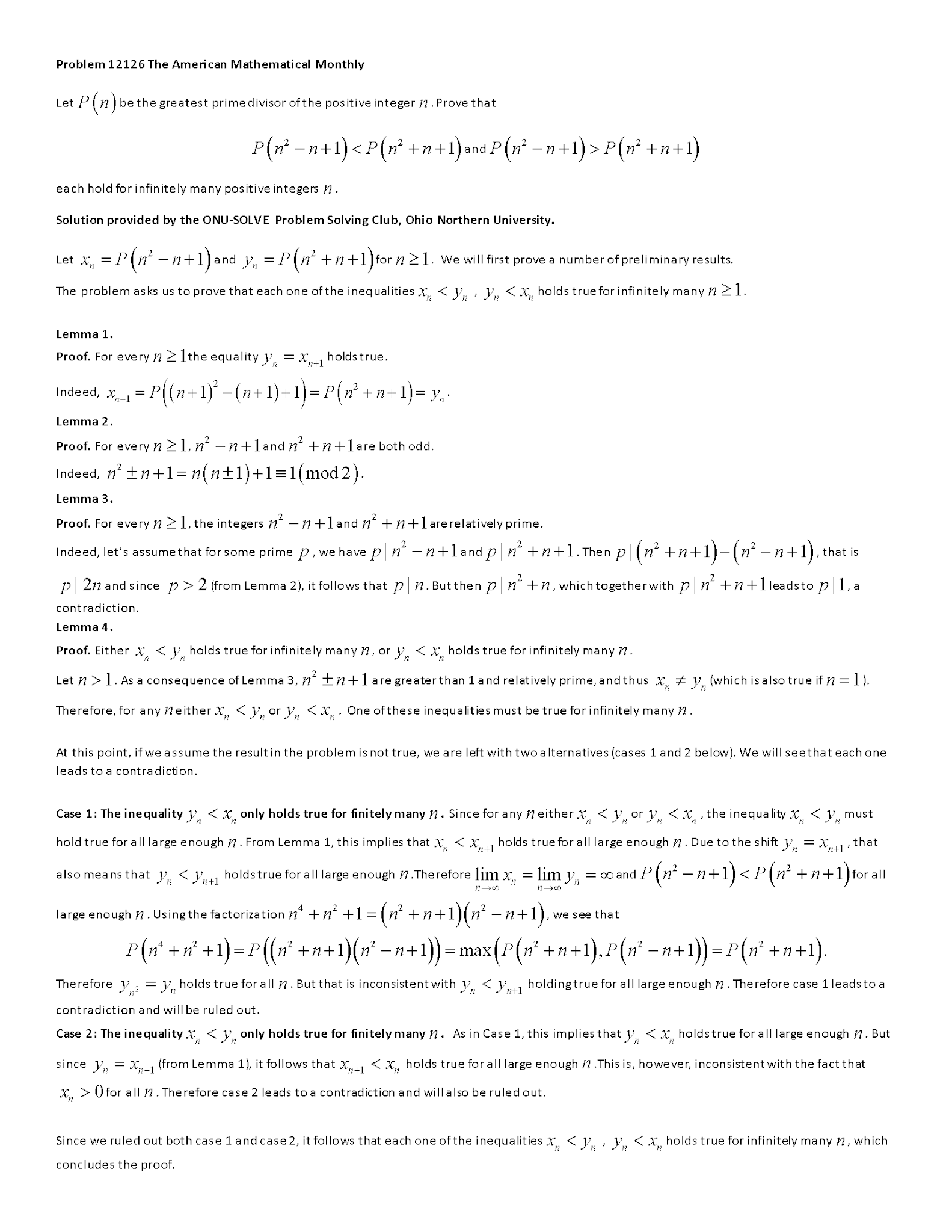 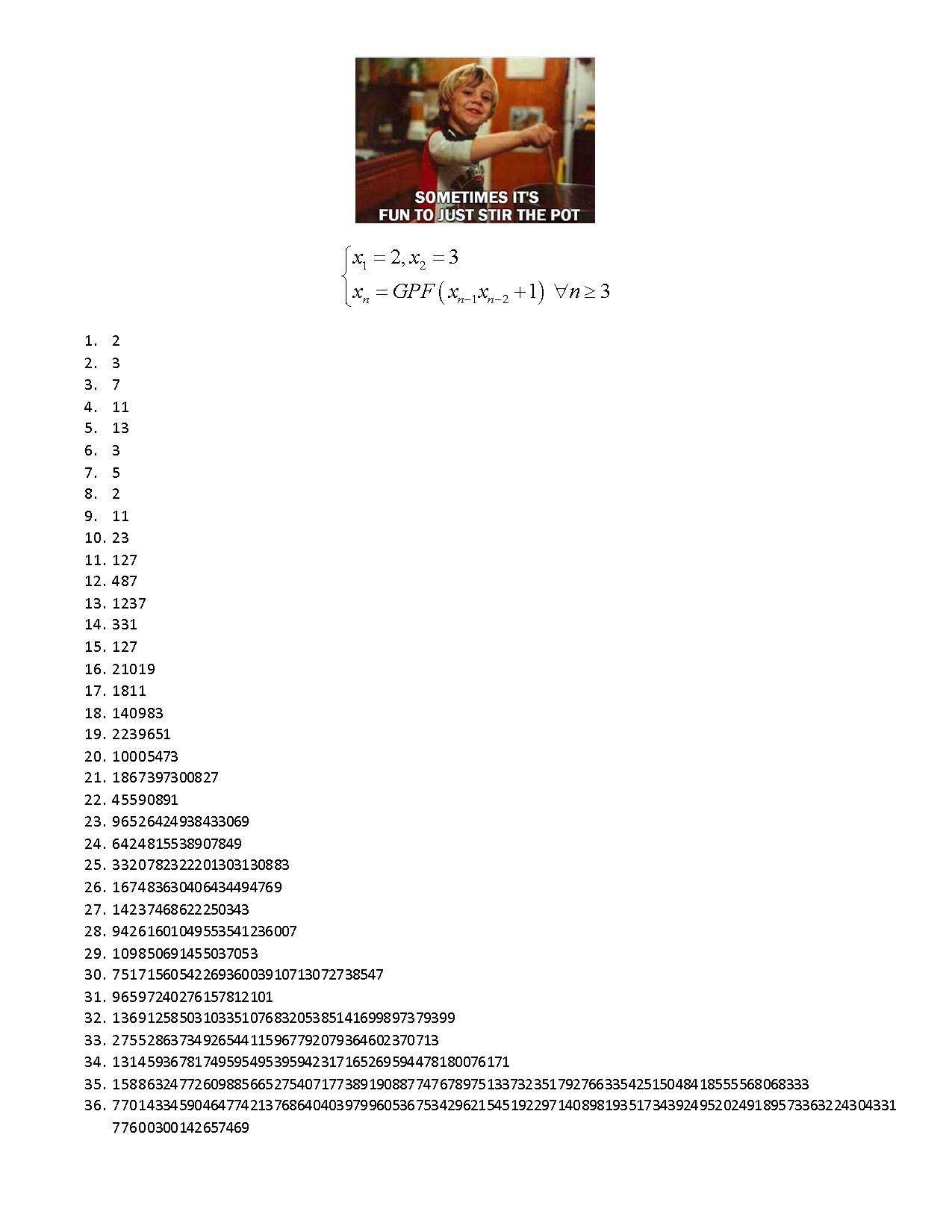 On a related note, a page on patterns with primes, with contributors including Charles W. Trigg and Martin Gardner: 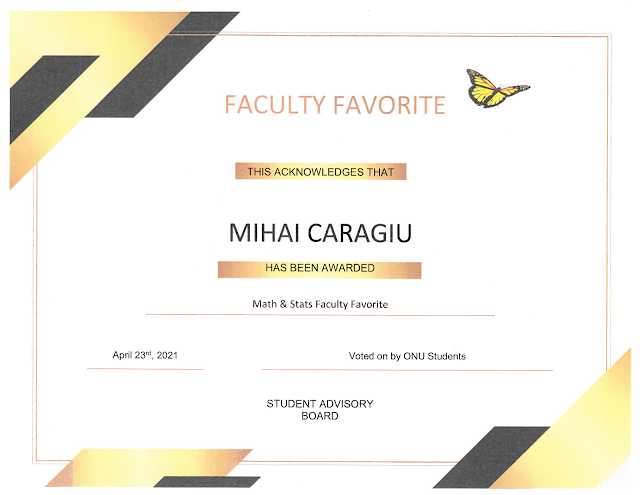 Received another endowed chair at ONU

Received the 5th endowed chair of my career at ONU: the 2021-2022 Mary Reichelderfer Chair of Mathematics from Ohio Northern University.
Posted by Mihai Caragiu
Email ThisBlogThis!Share to TwitterShare to FacebookShare to Pinterest

Posted by Mihai Caragiu
Email ThisBlogThis!Share to TwitterShare to FacebookShare to Pinterest 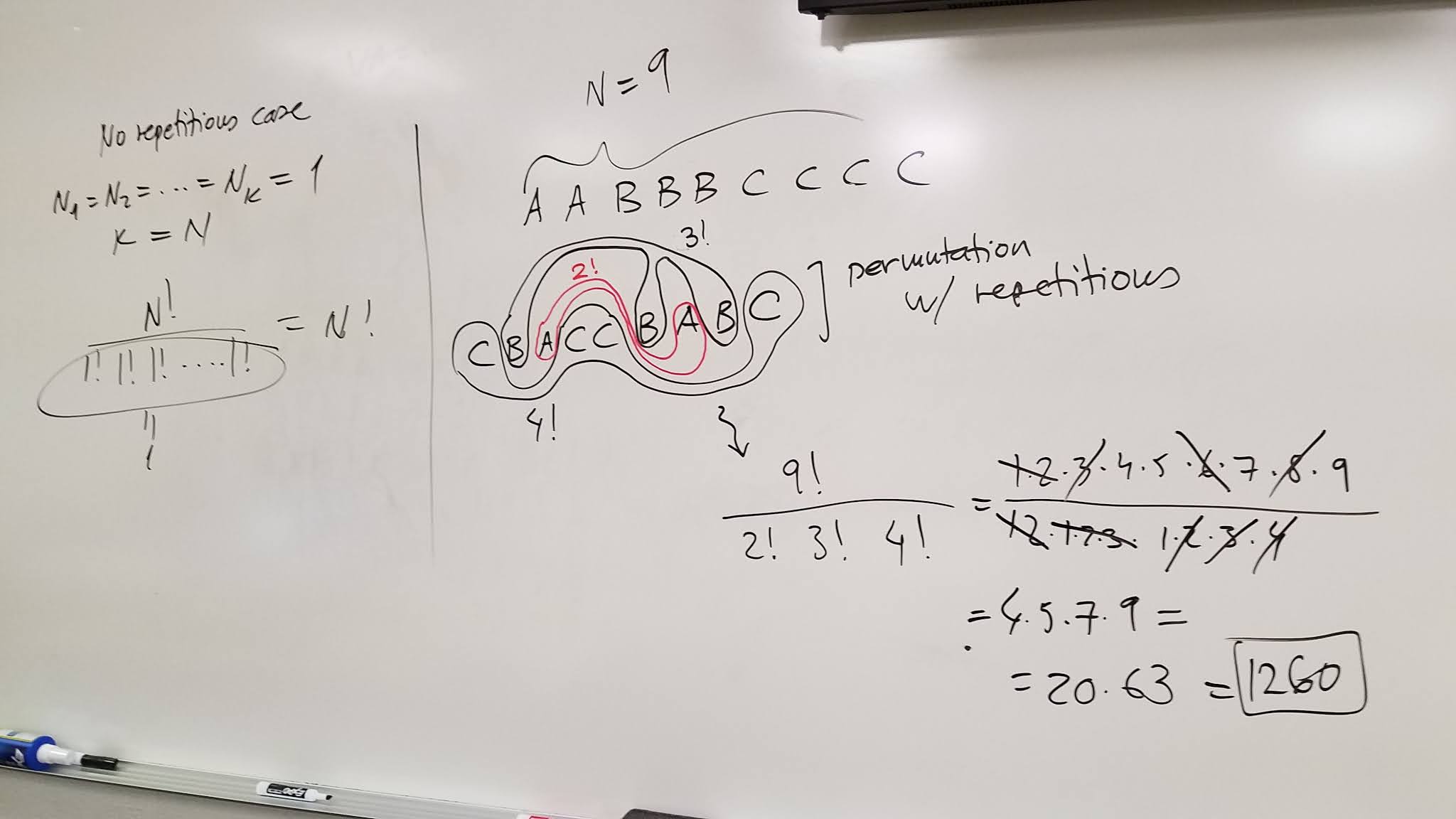 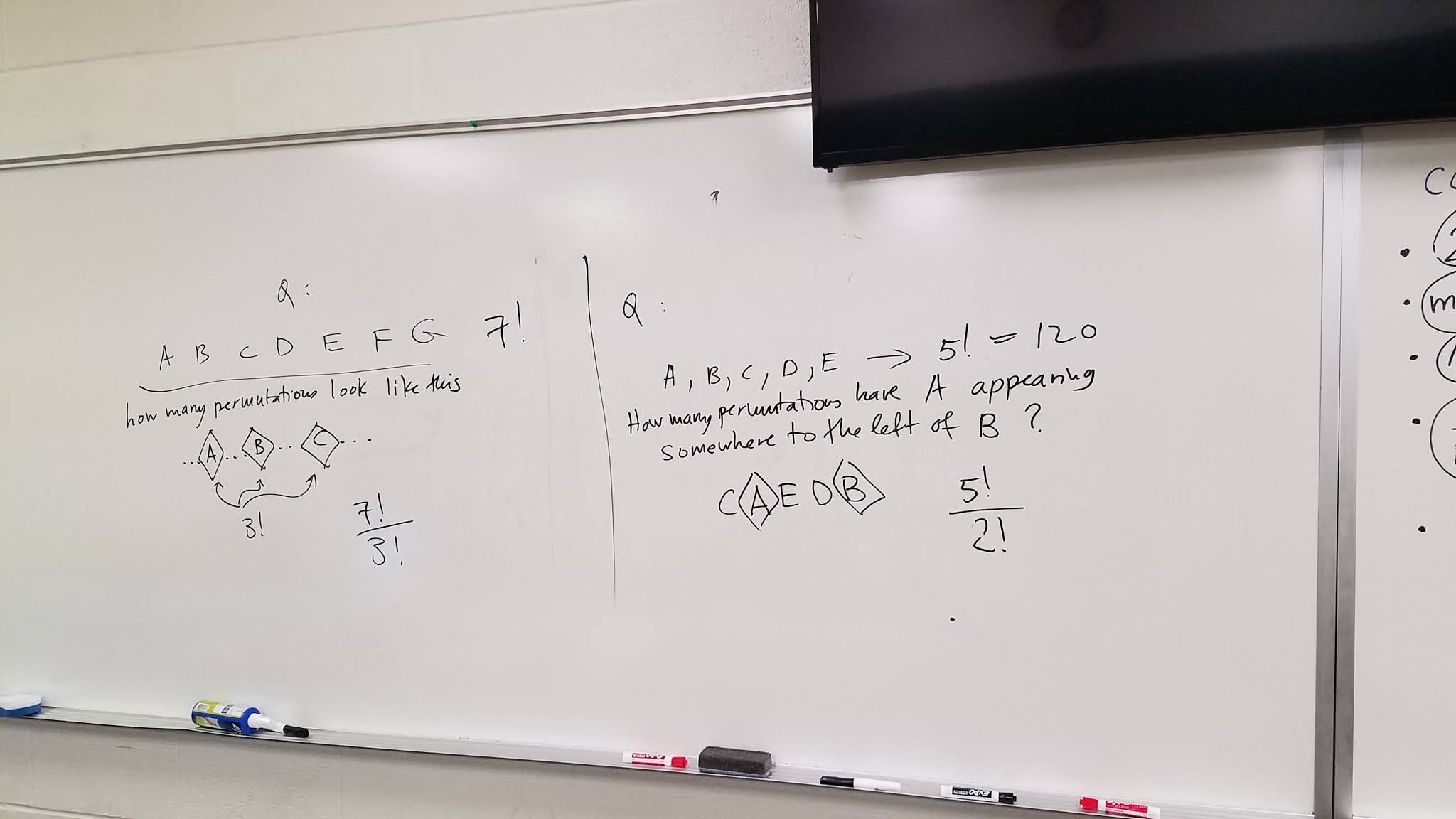 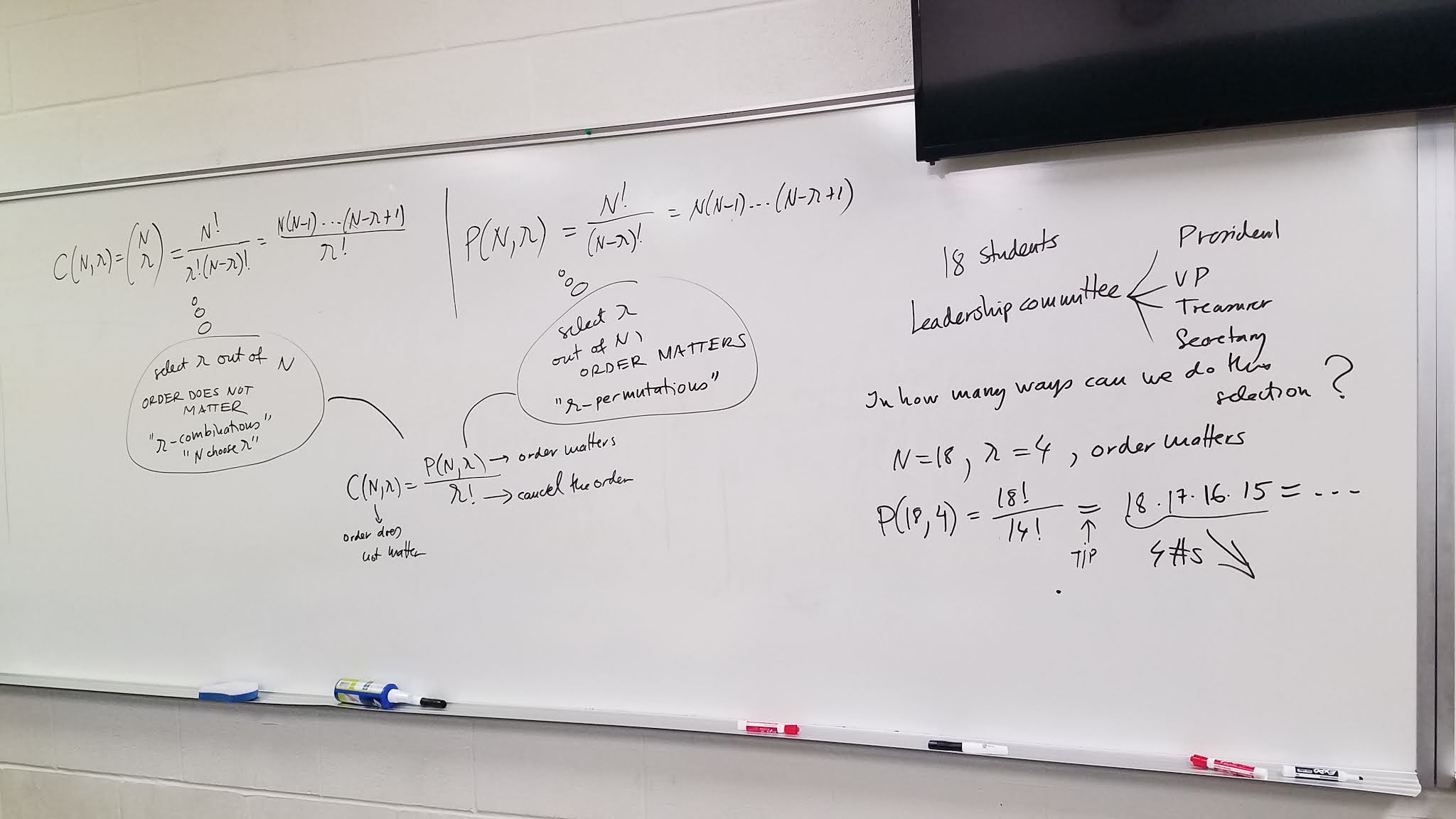 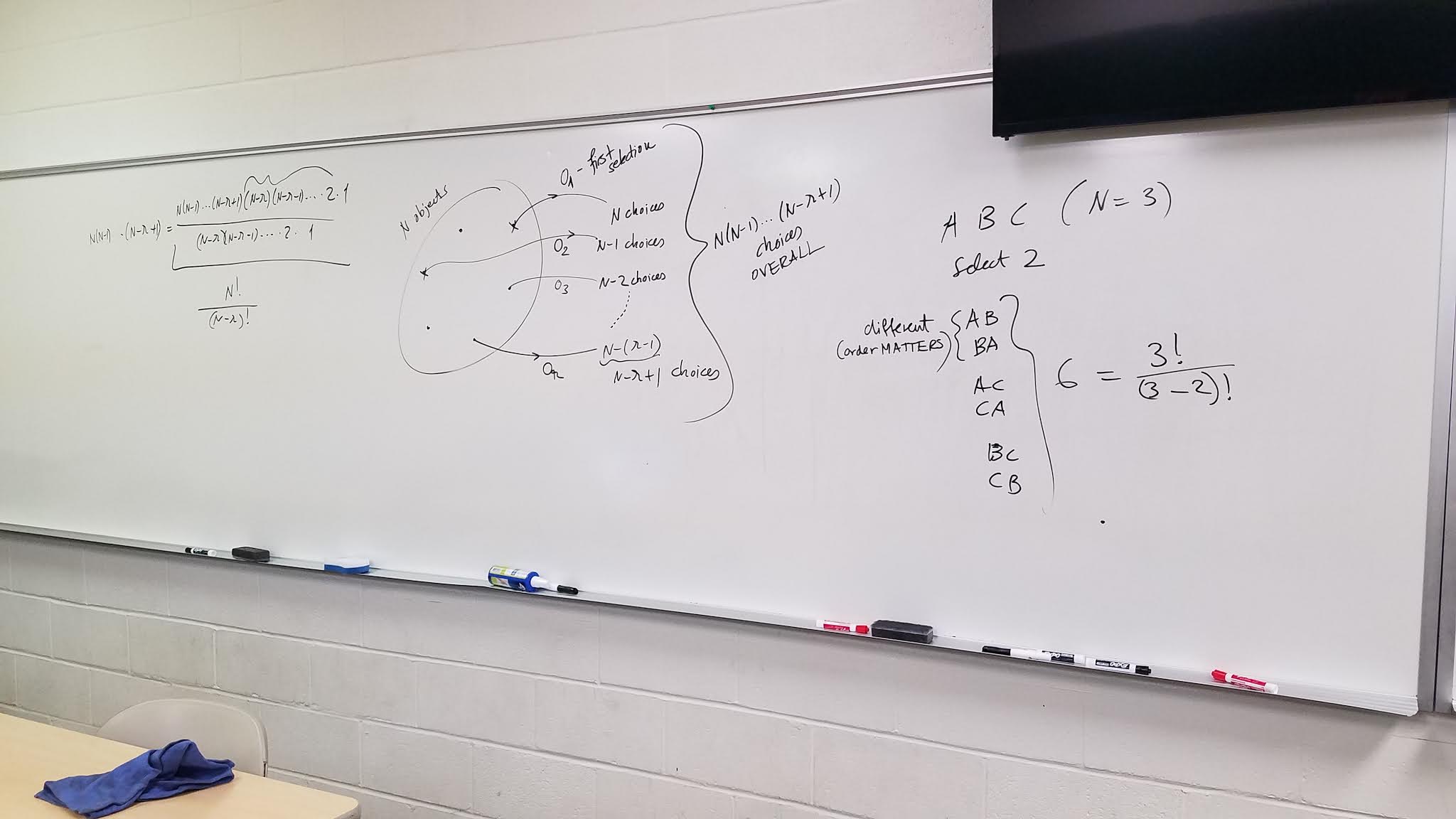 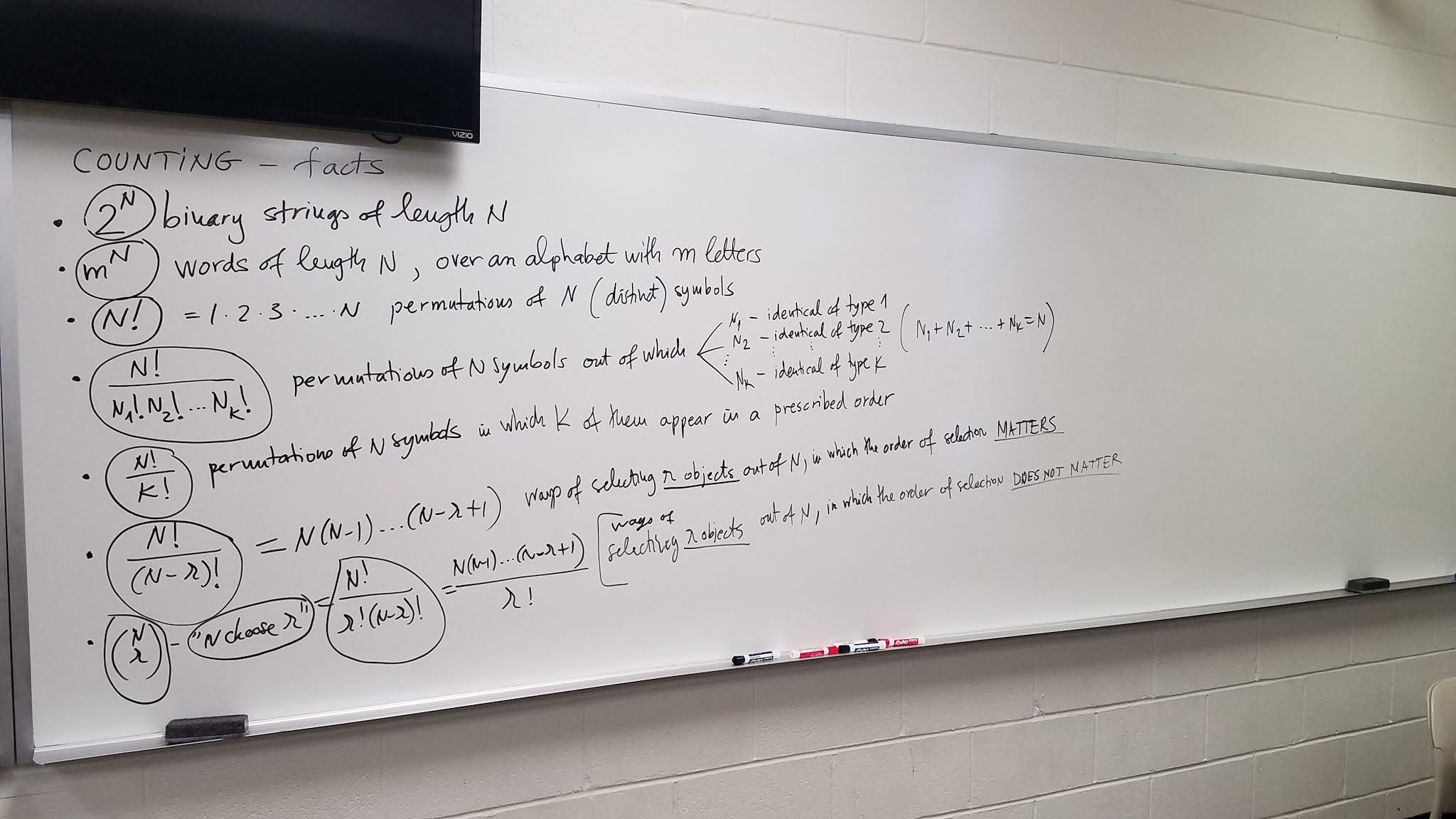 Posted by Mihai Caragiu
Email ThisBlogThis!Share to TwitterShare to FacebookShare to Pinterest